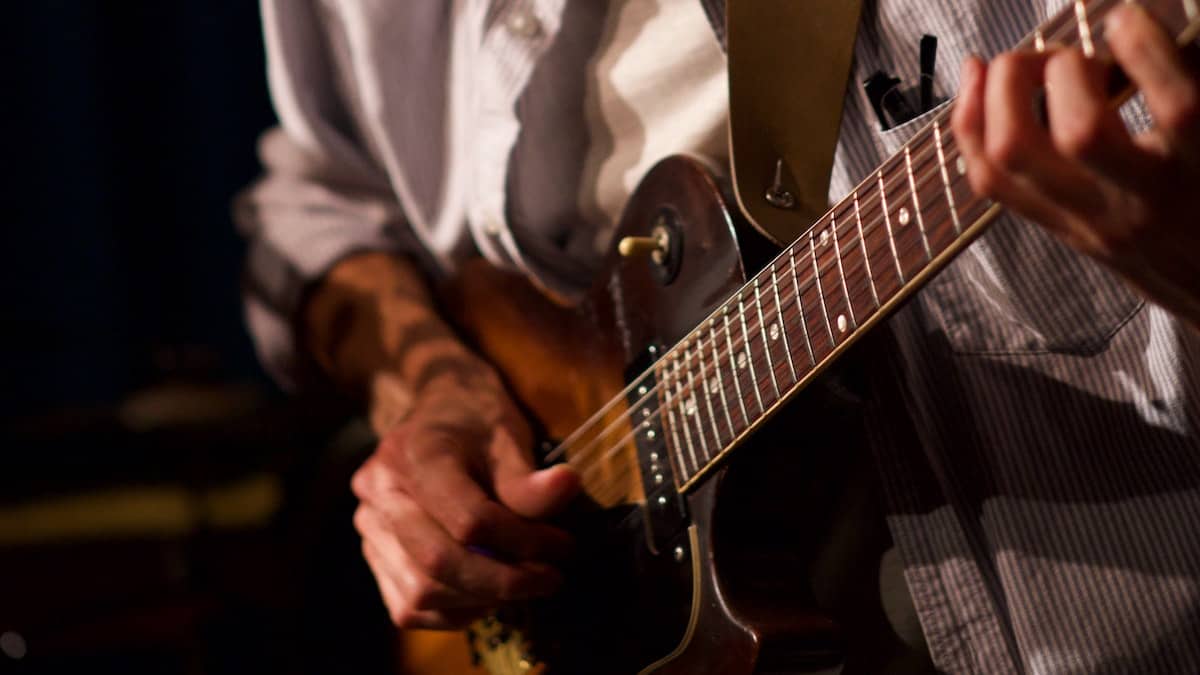 In this Mark Stefani lesson for Jazz oday, Mark centers on one of his favorite guitar options…

…playing thumb-brushed octaves in the Wes Montgomery tradition, regardless of genre. In this example, we look at the 8-bar bridge solo from Mark’s “That’s What I’m Talkin’ About” groove-based composition.

“That’s What I’m Talkin’ About”

In setting the stage for this bridge solo, the tune itself is a 32-bar, AABA composition in the key of D. When I’m improvising over changes in that format, whether the tune is a ballad, swing, latin or pop tune, I often like to break up the single-note action when I hit the “B” section. That’s exactly what’s going on here, as the harmony in the bridge shifts to the relative key of B minor.

Pay strict attention to the staccato eighth notes (indicated by the dot) moving through the minor pentatonic to get the right feel. Note the slide between E and F# on the 4th beat as well as the one from D to E upon entering the second measure, as the harmony changes from B minor to G. Also check out the b5 to 4 (F to E) minor blues scale move in that bar.

2 – Bar three is very similar in harmonic content to the first measure, FAR more syncopation over beats two and three.

If you’re not a great sight-reader (like most guitarists ;-), listen very carefully and play along with the audio track to nail the phrasing. As the harmony moves to the A chord in bar four, the line goes right down the notes of the triad (E, C#, A). While simple harmonically, again it’s the critical timing that makes it work.

3 – Moving on you’ll see and hear that the 5th measure content is identical to that in the 3rd measure, while the next bar is similar to what took place previously over the G chord.

However, the phrasing on the back end is slightly different. These twists may appear subtle to the average listener, but appearances can be deceiving and they are definitely important in my book.

4 – The final two measures of this bridge are devoted primarily to the A chord.

This part of the octave solo uses a descending line starting with a high F# and moving all the way down to the A. What you’ll want to note during this move is the fact that each note is played twice, pushing the groove by leading into the beat. This is something that I picked up from years of listening to and transcribing sax players, then adapting that approach to guitar and bass.

The value of octaves should never be overlooked, whether used in improvised solos or for interpreting the melodies (heads) of classic standards. They celebrate the “less is more” philosophy in giving the guitar a larger-than-life sound, while at the same time tapping into the percussive potential of the instrument.