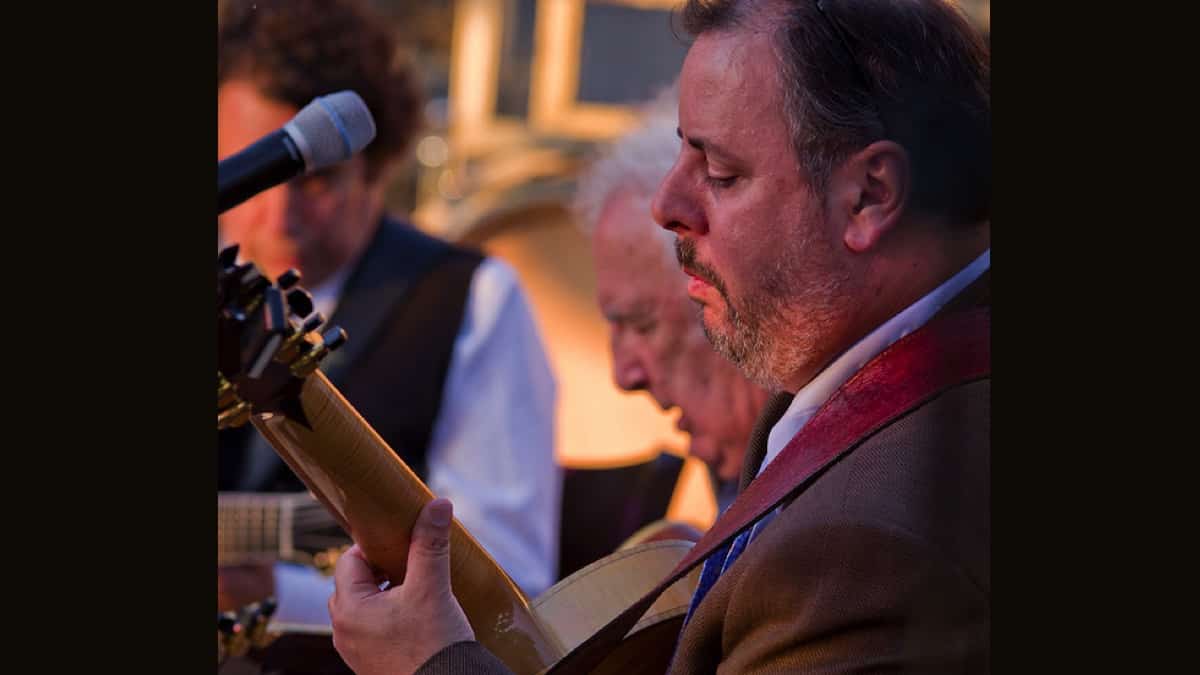 Not only is Howard the President of Benedetto Guitars, but he is also a professional guitarist and plays out on a regular basis. Happy Birthday Howard! Nov 15.

A little about: Howard grew up in Atlantic City, NJ, starting guitar at age 4, jazz at 10, and playing professionally beginning at 13. He took lessons in South Jersey, Philadelphia and eventually commuting to NYC to study at the Ed Sullivan Theater studios of Alan Hanlon, Barry Galbraith, and Howie Collins. He played everything from historic nightclub piano and organ trios to hotel and casino big band gigs along the way, before searching out non-musical adventures while never straying far from the stage. Following a ten-year hitch as an Army officer with multiple deployments, he settled in Savannah, GA with his family, and dove back into guitar while developing a friendship and eventual partnership with luthier Bob Benedetto. For the past 12 years, Howard has crisscrossed the USA and Europe playing around 200 gigs a year with players including Romero Lubambo, Chico Pinheiro, Tom Scott, Bob James, Bob Sheppard, Bucky Pizzarelli, Don Braden, Wayne Wilkinson and many others while holding his day job as President/CEO of world renown Benedetto Guitars.

Fun Fact: On his very first day in Savannah, a week prior to deploying to Desert Storm, he wandered into jazz club Hard Hearted Hannah’s, met the late club/owner bass legend Ben Tucker (who hired Paul for the week), who that night introduced Howard to a patron at the club, Patty, who is now Howard’s wife of 28 years.

Awards: Howard was inducted into the Coastal Jazz Hall of Fame in 2011, joining artists including James Moody, Ben Tucker, Ben Riley, Johnny Mercer, and Irene Reid. He was Chairman of the Savannah Jazz Festival 2012-2016, and president of Savannah Jazz 2016-present. He has a BA in Political Science from the University of North Carolina, Greensboro. He left the Army at the rank of Major following combat tours in Desert Storm and Somalia.