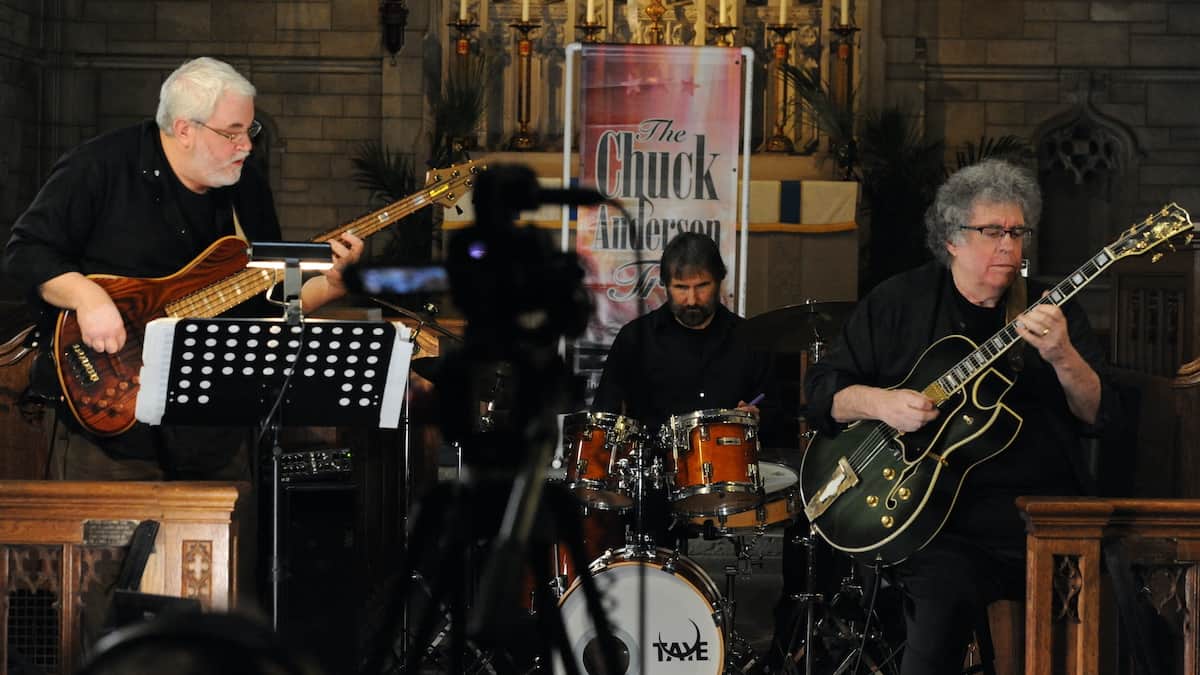 The modes are a series of seven scales that originated from what we now know as the major scale. Pythagoras, the musician, astronomer and mathematician, developed the Ionian (major) scale which had the notes of C D E F G A and B. Since there were no sharps or flats in music at that time, new scales could only be formed by staring this same scale on a note other than C. In this way, the relationships between notes would change and the result would be a “new” scale.

Today, it is more effective to calculate each mode from a common tone for example, C. Here are the modes starting on a C note.

Chuck Anderson’s “Flight” – great example of the Lydian in the opening theme.

It’s the distance between each 2 notes that differentiates one mode from another. Chords can be developed from each mode by staying inside the scale and building chords in thirds which is the use of every other note in a scale. It’s also common to build chords in fourths known as quartal chords.

So, what makes a song modal? One obvious characteristic is the use of a specific scale with its related chords.

1) A song may have its melody, chords and solos confined to a mode. This would clearly qualify as a modal song.

2) The second type would be a song whose melody and chords are not modal but are usually major or minor key based. The solos, however, may be modal. This still qualifies as a modal song. It’s quite common to have a key based theme but a modal improvisation.

Multiple modes can also be used in a composition and/or a solo.

An album of mine called “Freefall” was created as a modal album. Every track demonstrates a mode. All seven modes are represented in this album.

Hear a 5 minute demo of this album.

How Important Is It To Study Scales?