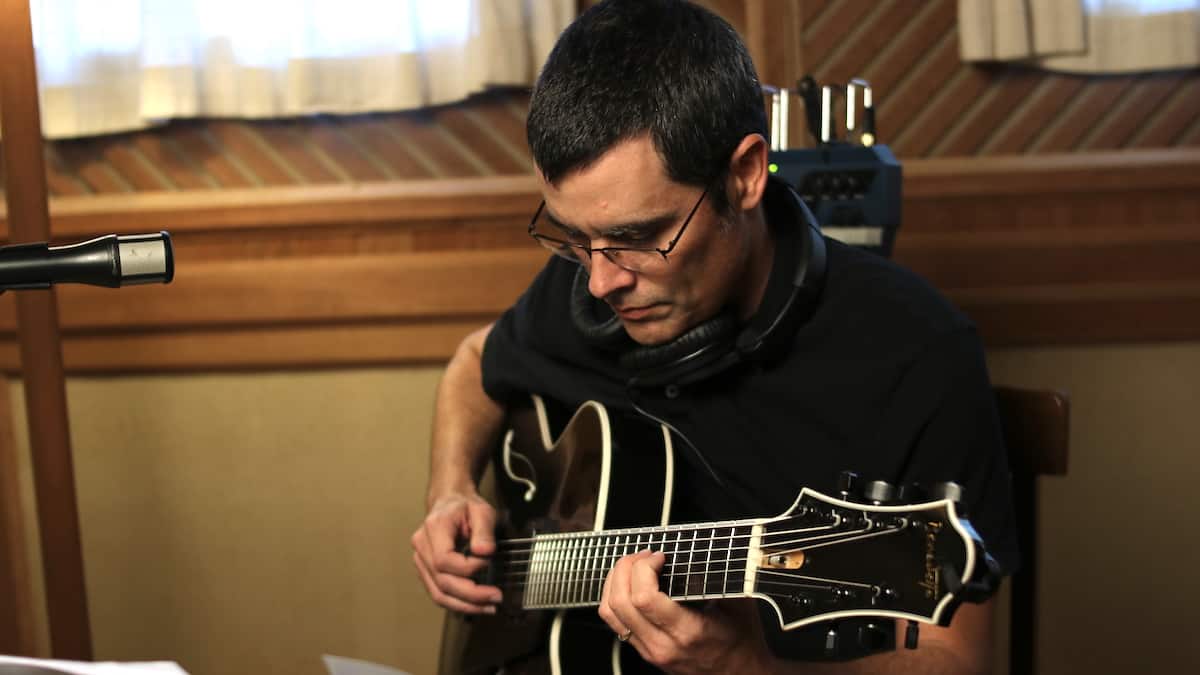 Davy Mooney, professor of jazz guitar at the University of North Texas, records a new project in São Paulo, Brazil.

Davy Mooney’s new CD project is tentatively titled “Way Back.” He recorded at the studio Gargolandia outside of Sao Paulo, Brazil, a city with which he has a long history. His wife is from Sao Paulo, and he has been performing there since 2012, with a group of musicians who join him on this recording: Felipe Silveira on piano, Thiago Alves on bass, and Paulinho Vicente on drums. To complete the group, Mooney’s longtime friend and collaborator, tenor saxophonist and bass clarinetist John Ellis, flew down from New York to participate in the sessions.

The music consists of ten brand new Mooney compositions, which he composed over the lockdown period of the pandemic, and one tune from the pen of Felipe Silveira. The title of the record refers to the facts that a) Mooney goes “Way Back” with all the musicians on the record–he’s been playing with the Brazilian trio since 2012/2013, and he met Ellis in New Orleans in the late 1990s; b) Mooney, like many jazz musicians, has been searching for a “Way Back” to the life he had before Covid, particularly the international collaborations with musicians from Brazil, Japan, and Mexico that he spent years cultivating; and  c) the studio Gargolandia is “Way Back” in the woods–a pastoral scene that influenced the vibe of the sessions.

Now it’s time to mix and master, and hopefully the record will be released by Sunnyside in the first part of 2023.

Related Topics:New Jazz Recording
Up Next