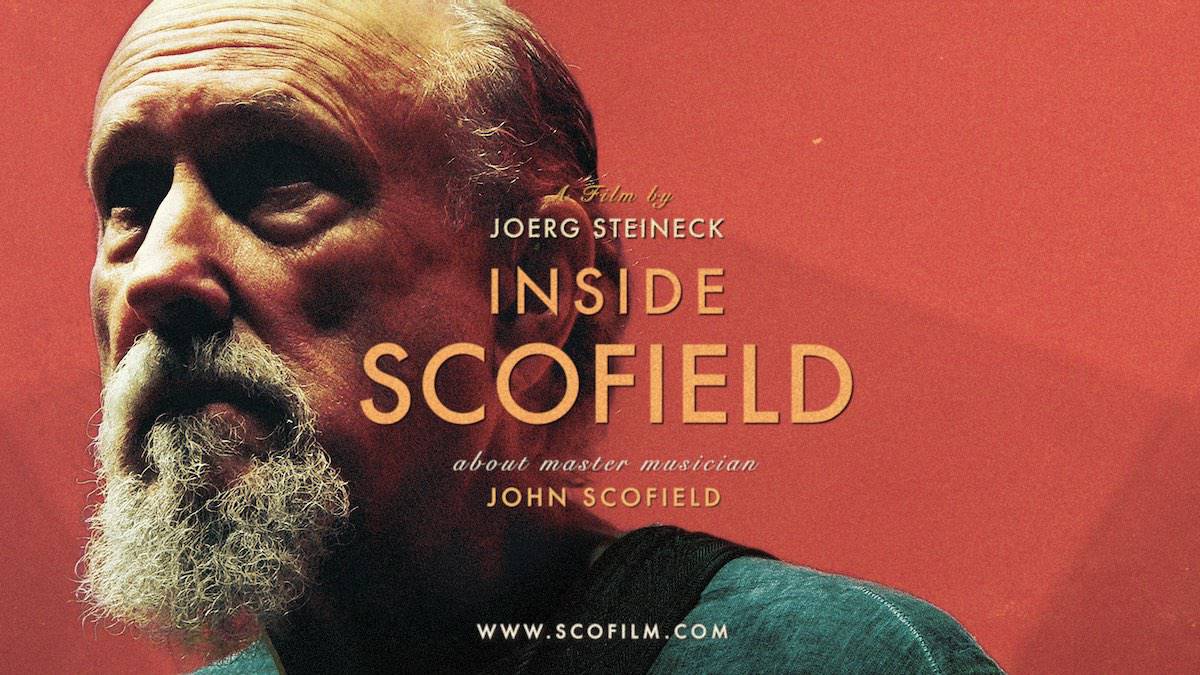 INSIDE SCOFIELD is the in-depth portrayal of the life of the acclaimed jazz musician John Scofield. A film by Joerg Steineck.

Entirely narrated by himself, Scofield takes us on an inspiring trip into the mind and soul of one of today’s greats of contemporary jazz. Shaped and inspired by Scofield‘s work, the film is simulta- neously a celebration of his creative impact as of true friends- hip, free communication, and courage towards human imperfection, an essential element in jazz.

Inside Scofield meanders skilfully between biographical anecdotes and ongoing life events. With John Scofield as humble, self-reflecting narrator of his own story, a remarkably versatile career, it becomes an ambitious trip into the mind and soul of a true master musician.

From the fast-paced life on the road to the seclusive life at home in Katonah, to memorable times in his old neighborhood in New York, where Jazz moved on to another level and where he kicked off his career.

Along the way, Scofield provides answers to the important questions of music: What is improvisation? What has changed over the last 40 years of constant touring around the globe as a “Road Dog”, how has this change affected the music and how can one sustain its quality?

Related Topics:Jazz Film
Up Next