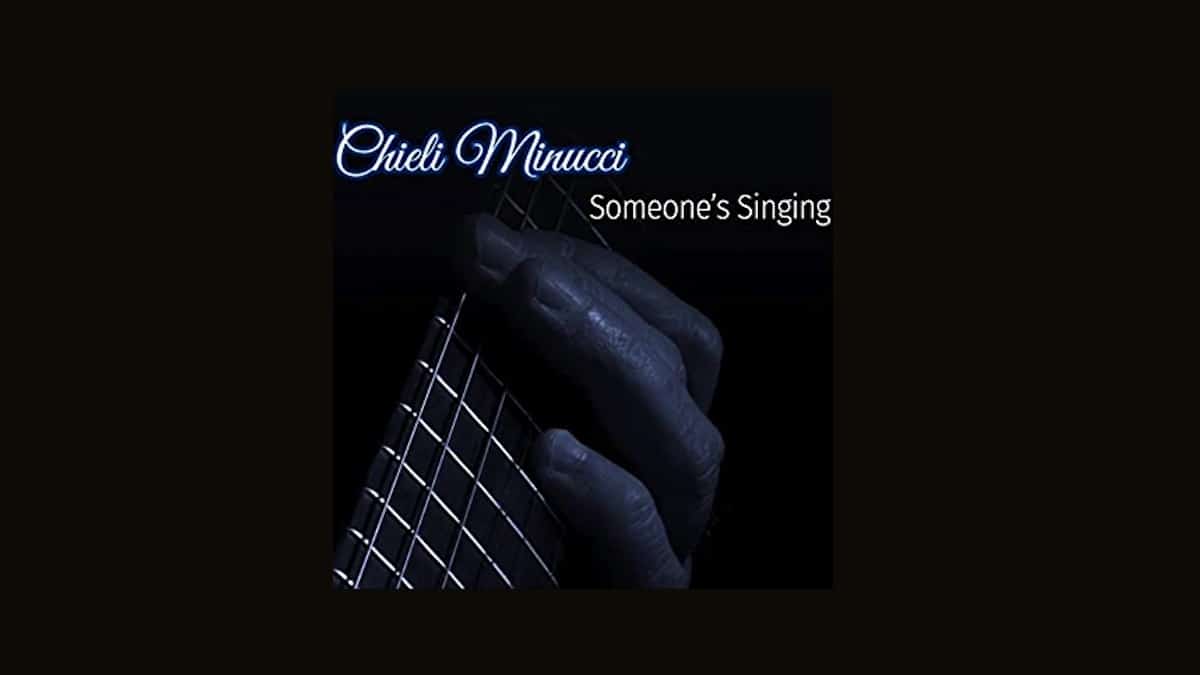 Recording most of the twelve-track set in his New York City home studio proved to be calming and healing for Minucci, who wrote or co-wrote ten songs for the collection, some culled from his songbook from decades ago. Minucci produced, arranged, and performed using his collection of acoustic guitars in addition to playing percussion.

“Someone’s Singing” is an album consisting of acoustic guitar etchings, a sparsely produced set featuring minimal accompaniment on three selections. Jerry Brooks’ probing, elastic basslines instill “New Faith,” an intimate and intricate song originally recorded in 1996. Fretless bassist Fernando Saunders brings structure to “Your Spirit,” an ethereal interlude preceding “Memories of Mother,” an emotional passage memorializing Minucci’s mother, Catherine. To him, she represented family honor and love, inspiring his silent pledge made upon her passing to facilitate peace and harmony in his own family, a goal he continues to strive towards in all relationships. Minucci’s late Special EFX partner, George Jinda, added his distinctive percussion to “Free Again,” an exquisite piece adorned by Steve Skinner’s evocative strings.

Related Topics:Chieli Minucci
Up Next

New Release From The Tom Hemby Band, Dealin’ It