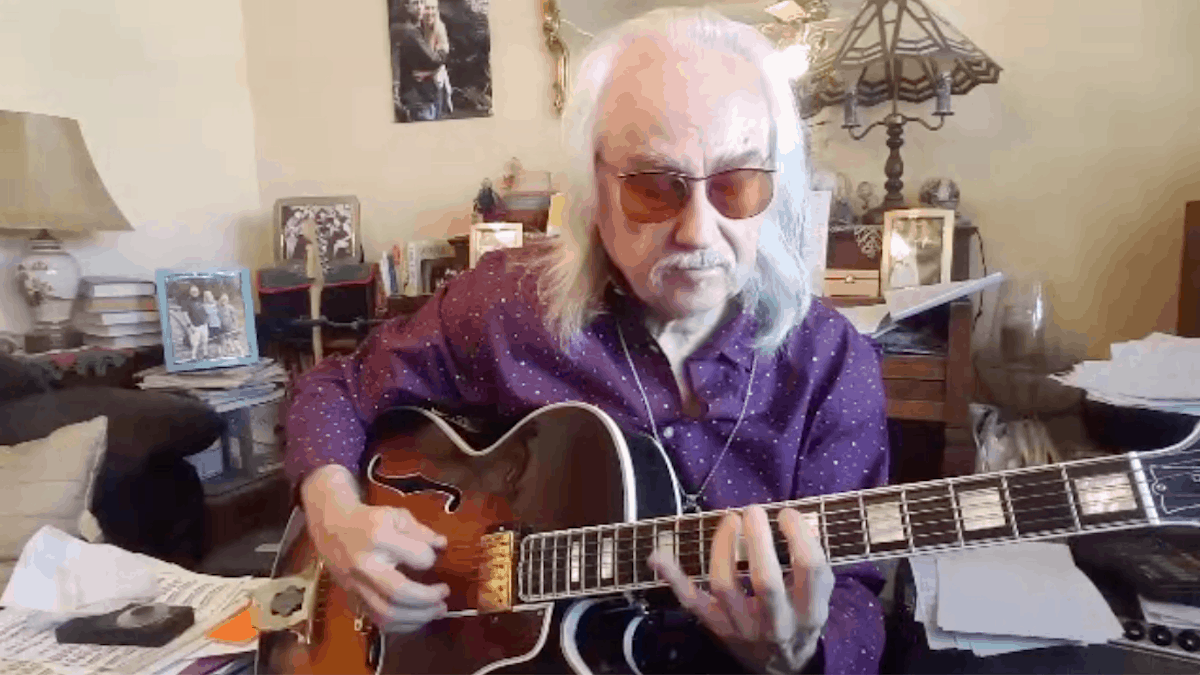 Bob Bakert, Editor: I was introduced to Mitch Chmara by John March at the Rocky Mountain Archtop Festival. John studied with Ted Greene for 25 years and is a very accomplished player himself.  So when John recommended I check out Mitch Chmara – I followed up ASAP and I’m very glad I did.

Mitch Chmara is a Denver based guitarist. Like many, he was influenced early by Hendrix B.B., Roy Buchanan and JohnnyWinter.  I wasn’t until he was school that he first heard Johnny Smith, Wes and George Benson.  In his own words, “I started the search for records to transcribe from Sonny Stitt, Charlie Parker, and Coltrane. I then have all the books I could buy on Improvisation.” To further his quest he met and sat with Howard Roberts (in Denver)  and asked: “what can I do to improve my playing”?  Howard’s reply was to “study harmony”!  which led him to Ted Greene… According to John, Mitch is probably the best example of the evolution of Ted’s musical style. To be clear, Mitch made his living playing guitar in many styles and kept researching possibilities…

You can find more of Mitch on YouTube.  His style is eclectic, to say the least.  Mitch’s books on Bebop lines (DVD) and Experiential Contrary Motion for guitar have sold all over the world!

If you know of other master players who might like some exposure in this fashion, please reach out to us at JGT!