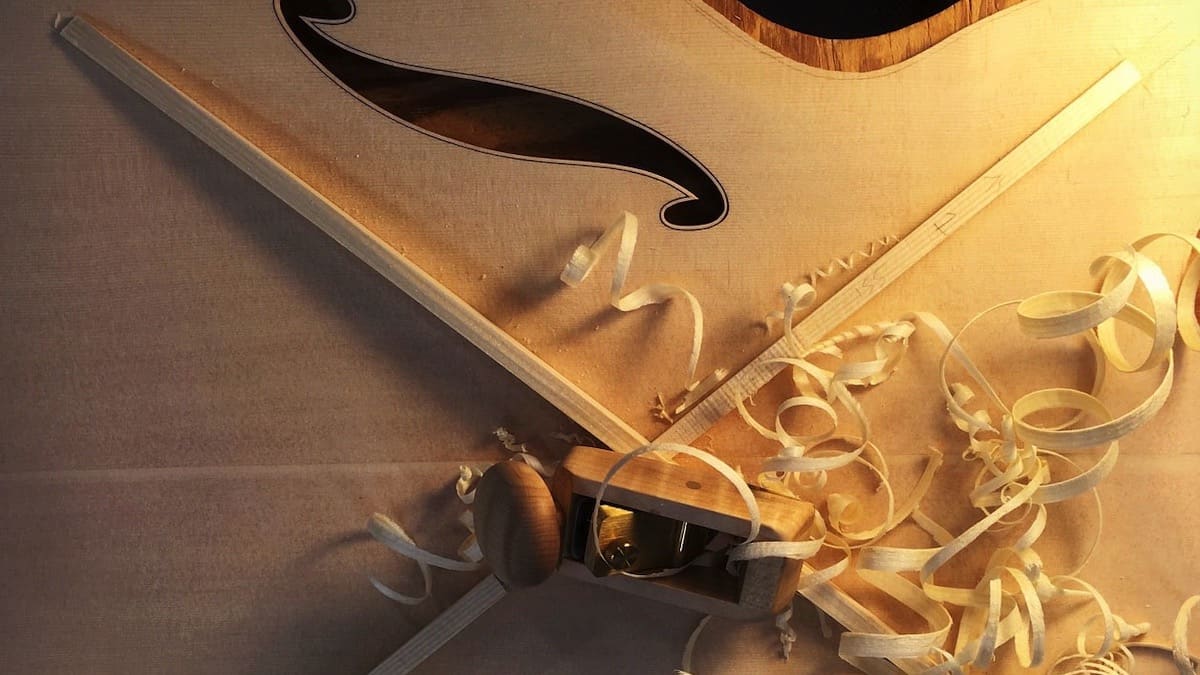 Benedetto Guitars was founded in Savannah, Georgia in 1968 by American luthier Robert Benedetto.

Benedetto Guitars, an internationally renowned company, builds some of the world’s most collectible and expensive instruments, while still focusing their production on the needs of professional and aspiring jazz guitarists.

These guitars have been played by four generations of jazz masters including Johnny Smith, Kenny Burrell, Bucky Pizzarelli, Martin Taylor, and Pat Martino as well as Howard Alden, Dan Faehnle, Jack Wilkins, Ron Eschete, Frank Vignola, Chico Pinheiro, Jimmy Bruno, Earl Klugh, Andreas Varady and many others. The Benedetto guitar appears on countless recordings, videos, and TV and film soundtracks, and has been featured in books, magazines and museums (including the permanent collection of The Smithsonian Institution’s National Museum of American History), and on concert stages and jazz festivals around the world.

Born in the Bronx, New York in 1946, Benedetto’s great American journey has taken him from his personal workbench as an independent luthier, through prominence as author of the highly acclaimed 1994 publication “Making An Archtop Guitar,” to overseeing construction via licensing agreements at Fender & Guild guitar companies (1999-2006), to chairmanship of his own Benedetto Guitars, Inc. manufacturing company (July 2006).

Bob’s unparalleled career has impacted the entire industry, and raised the bar for luthiers, manufacturers, and players alike.  His many years of experience, experimentation, collaboration with the greatest players of their day, and willingness to share his secrets and know-how can be heard and felt in every Benedetto guitar made today, as they reflect Benedetto’s character and talent.

Beginning in January 2015 Benedetto saw a change in composition:  Bob and his wife Cindy will enjoy a “retirement” lifestyle that allows them to focus on their other interests including Benedetto Amps, Bob’s painting and sculpturing hobbies, Cindy’s archival of the Benedetto history, and of course lots of guitar gigs for Bob!  Bob’s longtime apprentice, Master Luthier Damon Mailand has taken the reigns as Production Manager, training new luthiers, carving magnificent arch tops at Bob’s personal workbench, and providing the quality control to maintain Benedetto’s unimpeachable reputation as the best in the world.

View More From the Luthier’s Shop